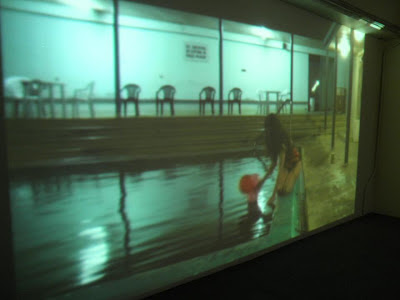 “Music is the soundtrack of our lives.” Dick Clark (American radio and tv personality, 1929-2012)

With the proliferation of portable media players and the ease of handling mp3 songs, radio and podcasts, the individuals listening pleasure in public spaces has flourished. Edison Research led a survey early this year to study emerging digital platforms and their impact on the media landscape in the US. 61% of the population own a portable digital media device and 25% of which listen to music, radio and podcasts several times per day or more. The consumption of sound through headphones includes the listener and excludes his surroundings from the sonic impact, making it both a personal experience and an acoustically fair activity for others.

While sonic space is divided and reallocated by the use of headphones, the listener and its surroundings continue to share the same physical space; their interrelationship is not abolished but merely shifted. Body Remix is a series of experiments that explore aspects of music interpretation and the interdependence of a sound consumer and his environment. The setup consists of a test person listening to an engaging music track through headphones. Audio-visual incidents during the consumption are being documented for future evaluation. These experiments deconstruct the body and its function as a processor, amplifier or purifier of our perceived reality and highlight the discrepancy of a method that simultaneously encrypts media into an incomprehensible personal code, and deciphers and extracts new meaning from it. Karin Hofko -----------------------------------------------